Welcome to my page on how climate change is effecting animals!

With climate change it will not only effect us but other animals and living things on earth. For example the Giant Pandas, their population has already been diminished so much only to 1,864 in the wild and if climate change were to continue the bamboo stalks could die then the Giant Pandas won't have anything else to eat (Giant Pandas only eat bamboo stalks) and eventually will die. (From WWF Organization)Pandas play a crucial role in the bamboo forests where they roam by spreading seeds and facilitating growth of vegetation. In the Yangtze Basin where pandas live, the forests are home to a stunning array of wildlife such as dwarf blue sheep, multicolored pheasants and other endangered species, including the golden monkey, takin and crested ibis. (From WWF Organization)More examples are the sea turtles nearly every sea turtle species is counted as endangered becuase they were slaughtered for their eggs, meat, skin and shells, sea turtles suffer from poaching and over-exploitation. They also face habitat destruction and accidental capture in fishing gear. Climate change has an impact on turtle nesting sites, it alters sand temperatures, which then affects the gender of the hatchlings. These sea turtles are important because they are a fundamental link in marine ecosystems. They help maintain the health of sea grass beds and coral reefs that benefit commercially valuable species such as shrimp, lobster and tuna. Sea turtles are the live representatives of a group of reptiles that have existed on Earth and traveled our seas for the last 100 million years. Turtles have major cultural significance and tourism value.

Here's an image of a baby turtle and a Giant Panda: 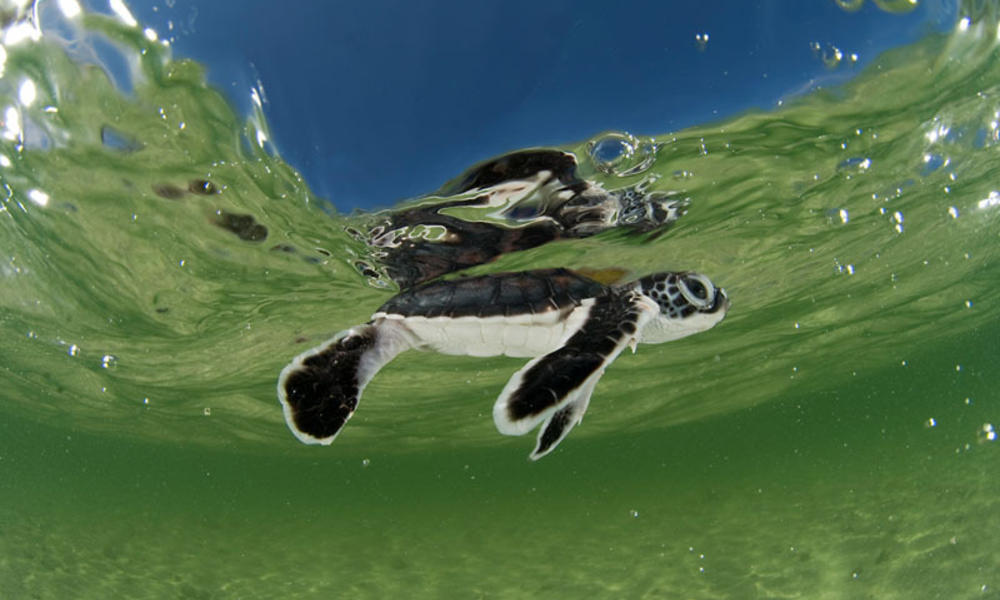 To learn more about the effects of climate change, check out this website Climate Chnage Effects on Animals!